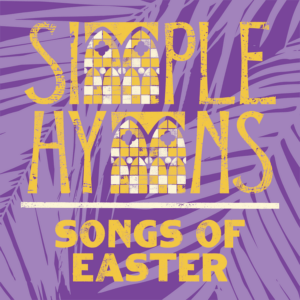 Link to Album
The fifth release in the Simple Hymns series is Songs of Easter. The songs featured on this new recording all centre around the Easter theme, and include such well known hymns as Charles Wesley’s Christ The Lord Has Risen Today, sung by Chris Eaton, At The Cross sung by Brian Ortize, Behold the Lamb which was written by Keith and Kristyn Getty and Stuart Townend and sung by London Gatch (Elevation Worship), In Christ Alone sung by Joanna Beasley, The Power Of The Cross sung by Leigh Nash (Six Pence None The Richer) and Resurrection Hymn, written by Keith Getty and Stuart Townend.